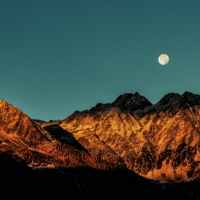 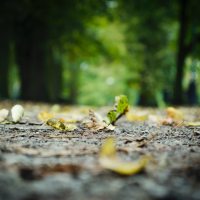 © Joyce Harkness and www.joyceharkness.com, 2014-2020. Unauthorized use and/or duplication of this material without express and written permission from this blog’s author and/or owner is strictly prohibited. Excerpts and links may be used, provided that full and clear credit is given to Joyce Harkness and www.joyceharkness.com with appropriate and specific direction to the original content.

Read My Other Posts

The slaughter of the Philippines National Police – Special Action Force personnel #fallen44 in #Mamasapano have troubled me deeply. Where is peace? What is the price of freedom from the clutches of terror, greed and corruption, ineptitude and disunity? Where is justice and righteousness? Where is the dream that my country of birth will soar again?

Though far from the vortex of pain, I wept. Young men are now gone. They were someone’s father, husband, son, brother, uncle, cousin, friend, comrade.

As the nation’s grief turns to anger, there are disconcerting whispers about military action against a government leader. What good will this do to a country who have had its share of such military interventions on the offices of government? Has our country become better governed after these upheavals?

Why do we rely on people power, military action, or legal processes to bring change in the country? Yes, they often look like the right thing to do. But are they going to bring about lasting, deep-seated change?

“It is not by force nor by strength, but by my Spirit, says the Lord of Heaven’s Armies.”
Zechariah 4:6 (The Bible, New Living Translation)

Have we forgotten the blessing that came when Ferdinand Magellan arrived in 1521 on the shores of Cebu, and later baptized King Humabon and his family as new Christian believers? The event was signified by the planting of the cross of Jesus on Philippines soil. That seed of faith was planted before our nation was born.

“But I lavish unfailing love for a thousand generations on those who love me and obey my commands.”
Exodus 20:6 (The Bible, New Living Translation)

Twenty-nine years after then President Ferdinand Marcos fled the country, removed from office by People Power, the Philippines still remain ridden by greed and corruption. The gap between the rich and poor is wider now than before. The regular onslaught of natural disasters, among them Super Typhoon Haiyan in 2013, have exacerbated the plight of the poor, often the ones without resources in times like these.

Yet, time and time again, through the foibles and scandals of leaders, the majority elect the famous but inept, the cunning and disreputable. Is leadership to be found only in certain circles? Are the wise and noble like needles in a haystack, difficult to find?

Do we select wise and noble leaders? Do we pray for wisdom when we choose our leaders, from the barangay level to the national government, rather than rely only on our limited knowledge and understanding? Only God can see a person’s heart. Can we believe what we see, hear and experience of those seeking our votes?

Do we develop leaders among the young, and inculcate a thirst for wisdom and understanding of godly ways?

“If you need wisdom, ask our generous God, and he will give it to you. He will not rebuke you for asking. But when you ask him, be sure that your faith is in God alone. Do not waver, for a person with divided loyalty is as unsettled as a wave of the sea that is blown and tossed by the wind.”
James 1:5-6 (The Bible, New Living Translation)

I pray that one day, not too far away, the spirit of change will blow and revive a tired nation. That we will open our eyes and distinguish between truth and lies.  That we will choose wisely. That individually and as a country, we will live honorable lives, demonstrating our heritage as a Christ-loving nation.

We will start small, in the everyday, the routine – demonstrating wisdom and godly-living. Then one day we will see a new generation of wise and noble leaders from all walks of life. Then we will have abundant peace.

Who dares despise the day of small things?
Zechariah 4:10 (The Bible, NIV)